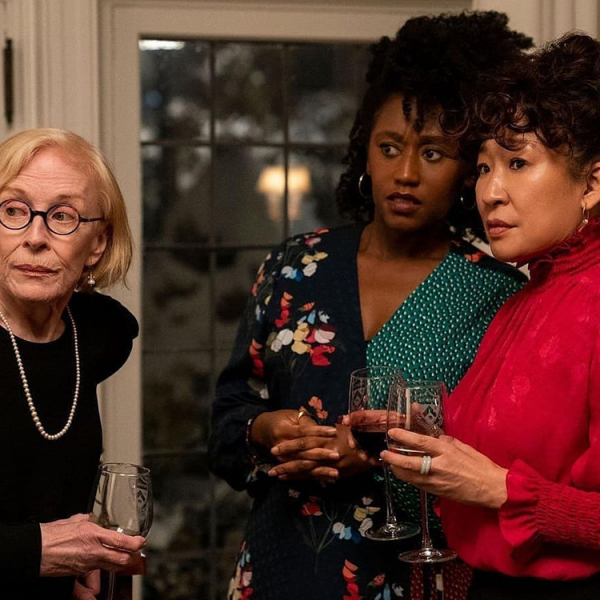 Every so often, I like to forgo my typical choice of a rom-com and choose a genre I don’t usually go for. This time, I picked one of Netflix’s newest releases, a dark comedy, and wow, was I glad I ventured out. After flying through the six episodes of The Chair, not only did I feel entertained, but I was also delighted to see how many issues in higher education the show addressed.

A sharp social commentary intertwined with snippets of humor, The Chair is a dark comedy centered around an Ivy league-esque university’s first female chair of the English department, Ji-Yoon, played by the wonderful Sandra Oh, and the many responsibilities that come with the position. Surrounded by faculty composed of mainly old white men, the show follows Ji-Yoon as she attempts to meet the university administration’s demands, handle her daughter’s many outbursts, and put her students’ needs first. While each episode handles some heavier subjects, I still found myself laughing out loud and also feeling a personal connection each time the university administration decided to snub the department.

Whether you’re in the mood for a well-developed story with some humor mixed in or were one of the many misunderstood English majors this show was clearly made for, read on for even more reasons why you should add The Chair to your watchlist.

Now, I’ll admit: I never watched Grey’s Anatomy and never had ample opportunity to see Oh’s acting before. However, I have seen snippets of Oh in character on TikTok, and the fact that she can play a doctor and then a professor—the other kind of doctor—so seamlessly is incredibly impressive.

Not only is Oh an impeccable actress—showing emotion as she connects with her students and cares for her daughter—but she also made me forget that she wasn’t an English teacher in real life. From each reference to Dickinson or Chaucer’s works to her only-too-relatable frustration when she’s struggling to please everyone, Oh shows that she understands the stress of being part of a system built on unrealistic expectations and the constant caretaker mentality that comes with being a teacher.

From navigating the classroom to taking care of her elderly father and mischievous daughter to fending off the outdated ideals of the department’s culture, we root for Oh’s character as she bounces between breaking points and becoming the best Chair ever. The bottom line is that when I try to think of other actors who could have played Ji-Yoon, Oh is the only one that comes to mind. Maybe she’ll be the reason I watch Grey’s Anatomy.

Besides Oh’s performance, the content of the show completely encapsulates what it feels like to be a student at a private university in 2021—and it does it flawlessly, with a large dose of dark humor and social commentary.

At the fictional Pembroke University, the English department has been long established, and those with tenure or at least decades of experience under belts all have one thing in common: They’re old, white, and mostly men. Throughout each episode, students’ outcries for inclusivity and diversity often go unaddressed, and Ji-Yoon’s handlings of poorly masked bias from other faculty members toward her as a woman and a person of color reflect a reality many faculty in higher education face. When accused of earning her position as Chair by “playing nice,” Ji-Yoon hits back with, “You think I got here by playing nice?”—and you feel angry with her. Through the show’s commentary and scenes like these, it’s clear that writers carried out their mission to call out private universities for their tradition of ignoring racist and sexist histories.

Perhaps the best and much-needed perspective The Chair included was its student body, made up of outspoken people who wouldn’t accept an informal apology and actively petitioned for more tenure faculty members of color. Each issue included in the story tackled real-life topics, such as sexism, racism, and ageism, that college students are addressing today, adding a fresh perspective on how higher education needs to change. If you’re passionate about speaking up for how to do better, you will be a huge fan of The Chair.

It Has Flawed Yet Hilarious Characters

When I say that I had a love-hate relationship with these characters, I’m not kidding. Throughout the beginning of the season, we see the tenured professors (who also refuse to acknowledge their Rate My Professor reviews) painfully unaware of their privilege but later watch as they face their own challenges, and, despite some character flaws, will still stick up for their students.

Because this show is a dark comedy, each character’s antics will leave you laughing yet also pitying them at the same time. For example, let’s take Pembroke University’s first female faculty member, Joan, played by Holland Taylor, who decides to track down exactly who is leaving her insult-ridden terrible reviews on Rate My Professor. Yes, her seemingly impossible mission was as hilarious and concerning as it sounds. But when we take a step back, we realize that she is also a trailblazer in her field. Yes, she needs to take criticism a little better, but by the end of the series, you’re rooting for her along with Ji-Yoon.

With each character’s backstories and current views in the English department being explored in each episode, you’re reminded that all people have their own stories and no one is perfect. Somehow, each 30-minute episode moves fast enough for the story to flow while still exploring the deeper motives behind the professors we follow along with. Each character is working through their own issues, and it becomes clear that, despite the English department’s struggling enrollment, each professor has earned their seat at the table.

It Makes You Miss College (Even Your Most Boring Professors)

Not going to lie, part of what drew me to The Chair in the first place was the promise of many canonical references that came along with Oh’s character as an English professor. All my memories of geeking out over classic literature back in my own college classes were mirrored in each character’s passion for reading Moby Dick, The Canterbury Tales, and many other classics.

Even if you aren’t an English major, the show digs into our nostalgia for what it was like to be in a lecture hall and share in collective excitement for a lesson. Each scene in which professors and students walk around campus, explore lessons in class, or even participate in a protest reminds you of what it was like to be in school and yearning to make an impact and become an adult.

The Chair will also remind you of what it’s like to be inspired by a professor’s passion for their class and what it feels like to form a connection with a professor you adore. Throughout the show, we see Yaz, the only Black woman on the English department faculty, gain support from her students when she’s overlooked for new opportunities. Despite other professors’ distaste for her contemporary analyses on classic literature in her “Sex and the Novel” class, her students love her. We also see professors on the other extreme who struggle to gain even a few students for a class that needs to be updated for students’ modern-day interests. Looking back on college as an adult, you’ll most likely see a professor whose lectures seemed to drone on forever reflected in the characters and feel Ji-Yoon’s frustration as she tries time and time again to boost the morale of faculty and revitalize the English department.

Though The Chair is meant to be taken as satire, it still tackles topics that need to be discussed in academia while providing some witty humor and much entertainment. Even if you’re not an English major, you can still appreciate the stories of a group of professors grappling with their own challenges, and despite having tenure, making some not-so-smart decisions.

Besides the subject matter, the show also features an incredible cast, with top-notch acting and the theme of upholding your own ethics while trying to do what is best for others. And with only six episodes, The Chair is absolutely binge-able and leaves you wondering what will happen next each time the end credits roll around. It’s fast-paced, it’s funny, and it’s intelligent—what more could dark-humor lovers ask for?

While Netflix has yet to confirm if The Chair will be up for a second season, it definitely seems like there will be more to come. My next question: Where do I sign up for one of Ji-Yoon’s classes? 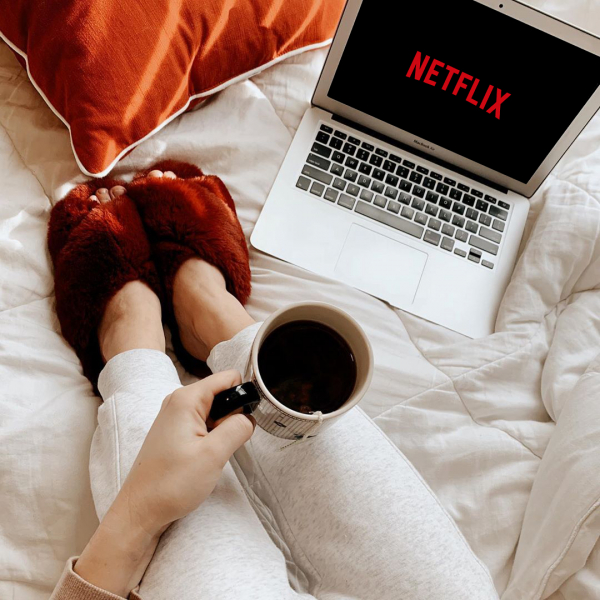 Not Sure What to Watch Next? Here’s What Our Editors Are Binge-Watching Right Now